Today we will be featuring the wardrobe of Argunon on the roleplaying server of Moon Guard! I have seen him walking around the city before and I have liked some of his outfits but just never had any of the time to write any of them down so when he came to me asking to be featured, I was happy to do so! Plus, I haven't had many Draenei's on Oh, Azeroth so this is special! So let's get started and enjoy! 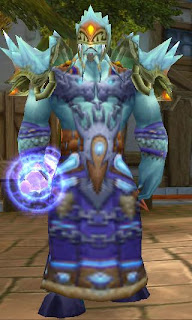 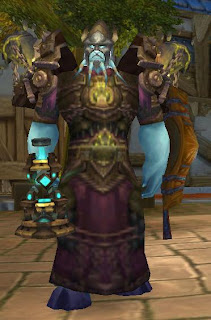 Highperch Helm (Do you think it gets hot under there?)
Valorous Worldbreaker Shoulderguards (34 letters! Geez.)
Valorous Worldbreaker Tunic (Not as many letters, but it's not like you guys care anyways.)
Belt of the Stargazer (Costs 36g 43s 13c in Uldum from the Ramkahen Quartermaster.)
Wilderness Legguards (Costs 75g 91s in Mount Hyjal from the Guardians of Hyjal Quartermaster.)
Caress of Insanity (Why does that sound SO cool?)
Shiedwall of the Breaker 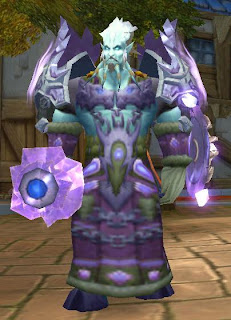 This is his personal favorite.
Mantle of the Unknowing (19% drop rate from General Verzax in Ulduar.)
Amy's Blanket is back.
Harness of the Deep Currents (Shadow Labyrinth...)
Fathomheart Gauntlets (I kept typing gloves instead of gauntlets and they took me awhile to find.)
Oceansong Kilt
Hammer of Atonement
Aldori Legacy Defender 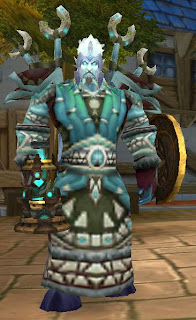 This is the first outfit I saw him wearing and I liked.
Cowl of Ten Storms
Lightning-Rod Paulders (These are really not safe.)
Farstrider Defender's Cloak
Vest of Living Lightning (Percy Jackson and the Lightning Thief!)
Stormfront Gauntlets
Kilt of Rolling Thunders
Jaded Crystal Dagger
Northern Barrier (Is there a Southern Barrier?) 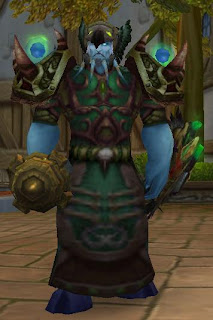 This is the last look.
Guise of the Tidal Lurker
Equilibrium Epaulets (Lady Sacrolash and Grand Warlock Alythess will drop these.)
Mok'Nathal Wildercloak
Harness of Carnal Instinct
Kilt of Immortal Nature
Constellus (Just one word. So simple.)
Brutal Gladiator's Barrier
Interview time!
What would you say is Argunon's personal style?
-Well, he is devoted to upkeeping Draenei fashion to some degree, as he is a more traditional  Draenei. But being a shaman himself, he is forced to wear some garb that may not be 'traditional' Draenei garb. Thus a lot of his clothing is an attempt to re-council his traditional Draenei style with the newer, more primal shamanistic garb.
What is "traditional Draenei style" to you?
-Probably more purple garb, seeing as how that is the Draenei's traditional color. I think one of the best examples that is Hallowed Rainments, which is a priest set that drops in BC dungeons. That's why my favorite set is the re-colored T2 (Outfit #3)! It maintains a very shamanistic feel to it, but it is also purple and very Draenei looking.
How much money (or time) do you think you have spent on your outfits?
-Oh gawd...lol. There are sets which I don't even have anymore, but I know I spent a lot on 'em. Probably around 15k gold total and 50 hours of time.
Wow, that is quite a lot of money. Are you okay with spending or doing whatever it takes for Argunon's wardrobe?
-Basically. I only began actually collecting outfits when I began role-playing. I started doing it more and more, and I pretty much justified it as being 'for role-playing.' Now its really a whole other activity unto itself though. I have earned some of my gold back though! Lots of people host fashion contests, and I have received some gold from those.
I noticed that every one of your outfits features a weapon of some sort and an off-hand item, usually a shield. Is that a necessity?
-Pretty much. I think it adds a lot to a set, and considering my character adopted a shamanism mainly for militaristic reasons, I think it fits his character as well. 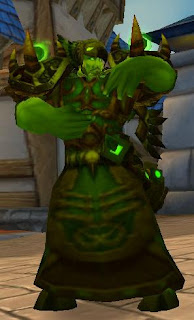 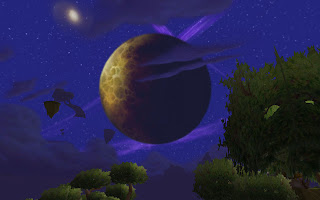 Emma
Hello everyone! Oh, Azeroth is a World of Warcraft fashion blog where I basically post about all WoW Fashion whether it be my own characters, people I randomly found on the streets, or anything else I can think of. I decided to make this after reading so many great WoW fashion sites. I hope you enjoy all the amazing fashion that Azeroth has to offer.